All right, so there ain’t too much that beats getting to be in the Pacific Northwest during the fall! Living in Florida, it was so, so cool (literally) to step out in the morning, feel the chill come on, then ward it off with some strong coffee! Well, nothing beats that… except for getting to hang with my peeps at Eastern Washington University! 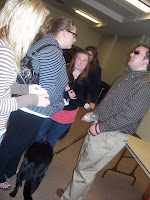 I first spoke at EWU back in 2006 for freshman orientation, so I’d already fallen in love with the greater Spokane region. But throw in some great times with Michelle Pingree, Jane Davis, Laurie, Laurel, Kaley, Marie, Tawney, James Wagner and Mike Miller and, well, it just was such a blast! Thank all of you for giving me such a great time! Whether it was having big gnarly biscuits at the Rusty Moose with Michelle, endlessly quoting “Super Bad” and “Stepbrothers” with Tawney and Marie and Kelly, talking fraternity/sorority philosophy with James Wagner or sharing time with the EWU athletes – this can all be summed up in two words: Good Times! 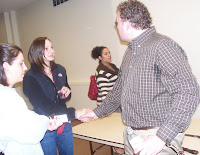 BTW… special thanks to Michelle P. for the gift for Marvelyne that she hasn’t yet received (it’s still buried in my suitcase, but she’ll have it soon!) 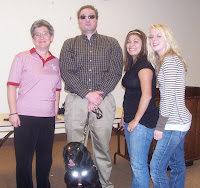