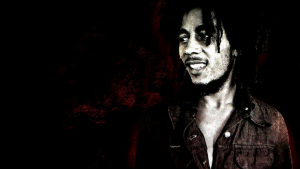 I believe there is absolute truth in the words and philosophies of Bob Marley.

His dreams of unity, love, optimism and embracing humanity are guiding principles by which I live much of my life. Strange thing is, even for a bibliophile like me, I’ve never read a book on the poet and prophet from Jamaica.

So, I decided to change that and began, “Bob Marley: An Oral History.” Now, I’ve never been to Jamaica, but I have looked at some of the demographics of the country. Poverty runs throughout. Not unlike Bob was impoverished when growing up, basically as a homeless child, on the streets of Trenchtown.

Some of the early members of his band, The Wailers, talked about their first memories of Bob and their young lives. One said, “We didn’t have anything back then. But, we never went hungry, either. Our clothes were always clean and we always had a little bit of food. They say that in Jamaica, if you only have one bed in a one room house, look under that bed and you’ll be able to see yourself.”

Poverty doesn’t usually produce pride. Far from it. Yet, these folks, poor as they were, still had pride in their appearance and in their home. Ya know, they may have only had two nickels to rub together, but those nickles were going to be shiny.

In America, our version of poor looks very different than the poor of other countries, Jamaica included. Even our poorest, those with no homes, can find food and shelter. And still, when I think of those living in poverty, I don’t think of people in clean, fresh clothing. Nor does that environment produce a spiritual thinker like Bob; someone who advocates peace and justice and universal kindness and happiness. 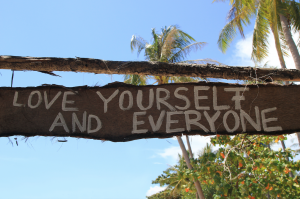 There’s the old saying, “You can get bitter…or you can get better“. For a kid growing up in poverty, Bob looked at his situation with kindness, compassion and gratitude: things we should all try to give and receive from the universe, or Jah, as Bob would say.